THE WORLD OF ANDROID LED TV

Years ago, no one would have guessed how far technology has progressed till now, with the advent of virtual and augmented reality it will only further increase. That leaves us with one question though. What will happen to televisions in the future? Well unless they improve with the times, they will find themselves becoming obsolete and forgotten. Fortunately, that is not the case for now as television sets are improving from plasma TVs to LCDs to finally smart and Android LED TV. Light Emitting Diodes or LEDs are the latest type of televisions available locally. They come in many resolutions from HD which is 720 pixels to UHD which is 1080 pixels all the way till 4K which has 4000 pixels. Despite having such amazing resolution capabilities, nowadays the resolution is not the only thing that is focused on when a buyer is searching for an Android LED TV set.

IMPROVEMENTS MADE TO TELEVISION SETS

Trough innovation and forward thinking a lot of changes and improvements have been made to television sets over the years. Now one television set can have a lot features built into it besides the resolution of the picture. Now you can access the internet, make calls, have uninterrupted viewing of shows and movies, all in one system. Android LED TV have a plethora of applications available to be used through the Google Play Store.

Along with this it also gives access to entertainment applications such as Netflix and YouTube. Built-in devices to help you get smooth viewing of your channels without any noise or breakage. Along with this besides the TV set itself the customer service of the companies providing them have also improved tremendously, now companies go out of their way to make sure their customers have the smoothest experience when buying and installing their TV set, so they provide all sorts of assistance be it through communication or by being physically there to help through technical difficulties. This has been made even better now that online buying is more mainstream. People don’t need to go through the hassle of going to the store to see the TV sets they can just order it online and the companies themselves will make sure it reaches your home on time and in good condition.

Customer satisfaction is the key for companies to continue their sales and be known as the best in the business.

If some of the latest technology becomes mainstream and is locally available, they may soon become integrated with Android LED TVs as well. One of the most anticipated integration with TV sets is with VR (Virtual Reality) headsets. This can also give an outlet to have in built VR games inside television sets so that you can play them without buying new ones as those games can also be quite expensive. So rather than buying separate headsets and separate games, you get all of them in one interlinked system.

Other avenues such as communication can also be looked into, instead of plugging in your laptop or pc with an HDMI into your television system, you can now have the communication application and system in-built removing the hassle of wires and other systems cluttering your desk. Some applications can also be implemented into TV sets to make them a security hub for your entire property, linking every camera and other security devices together without the need of masses of wiring throughout the property.

MULTYNET is slowly implementing more and more advanced technology into their Android LED TVs, they already have a lot of the features that would be found in one of the Best LED TVs. It is already certified by Android and has a lot of applications available for use. Along with this they have access to many of the applications that provide entertainment such as Netflix and YouTube. It gives resolutions from HD all the way to 4K, making it one of the top end TV systems currently. A high-end resolution deserves high end audio which is available on MULTYNET through Dolby Audio.

As of now we can only speculate and theorize how the future will be like and what sorts of new inventions and technology will be in play. But what we can think about is the usage of current advancements and see how much better Android LED TV sets can be if these advancements are integrated into them.

If you are thinking about buying a high-end LED TV then you should definitely give the MULTYNET TV a chance and see whether its many features appeal to you. They will only further improve as time keeps moving forward. 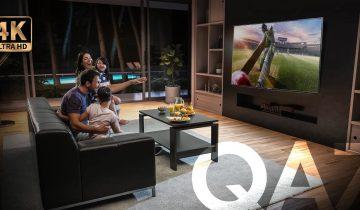 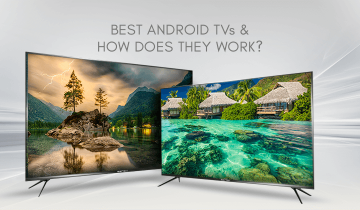 Best Android TV And How Do It Work