WHAT ARE ANDROID LED TVs?

LED (Light Emitting Diode) TVs are sets which are the most common types of TV sets currently available in the commercial market. They come in different specs and different resolutions, from HD, Full HD, Ultra HD and 4k. Before LEDs the most common sets available were plasma TVs and LCDs but now Pakistani people are slowly converting towards LED TV sets.

WHY INVESTING IN LED TVs IS WORTHWHILE IN PAKISTAN?

A lot of people might be hesitant to buy LED TVs as they are considerably more expensive than Plasma TVs or LCD TVs, however if a closer look is given to these sets and everything, they provide is taken into account then it can be seen that they are indeed worthwhile investments. From high resolution pictures, to quality audio and finally with easy-to-use User Interface.

You cannot have high-definition visuals without the appropriate audio complimenting it, this is why besides providing high tech visuals MULTYNET also provides Dolby Audio to make your experience truly immersive.

The easiest way of having a happy user of a smart TV is to have a very easy to understand user interface, if you have a complicated user interface then people would be spending half their time trying to understand how to work the set then spend that time watching it.
All in all, with the Android LED TV price in Pakistan being so reasonable it is incredibly worthwhile to invest in an Android LED TV in the long term.

As discussed above MULTYNET does indeed provide lower prices compared to other companies providing the same quality TV sets, so it is no question that one of the best prices that you can find within Pakistan for Android LED TVs is from MULTYNET.
Some might still be skeptical as to what the Best Android LED TV Price in Pakistan is, well those users may well have to research on their own to see which company indeed does provide the Best Android LED TVs and have the best Android LED TV Price in Pakistan.
Some of the factors you as a purchaser might want to look out for are as follows.
-Picture Resolution
-Google integration
-Access to applications such as YouTube and Netflix
-Built in Satellite receiver
-Google Chromecast integration
-Easy controls
If your respective choice for an Android LED TV does indeed cover all the points mentioned above, you can compare all the other sets similar to it in quality and features and you will have your answer.

Android LED TVs in Pakistan are being used more and more frequently and they are improving day by day as well with improved technology and features. As such users and potential buyers of LED TVs need to be aware of the new improvements, features, technology and the pricing in order to find the most optimal Android TV Price in Pakistan. Finding out the right price can make your entire purchase worthwhile. 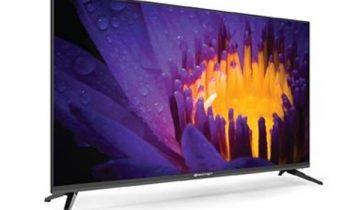