The world is moving at a faster pace with the establishment of 4k in the market and the 8K on the horizon. The advancement in technology advances the entertaining needs of consumers. The 4k technology remains the highlight of innovators and early adopters as it is the main source to enjoy the content of Hollywood, broadcasters, and streaming services and it continues to hit the market due to its affordable prices.

UHD LED TV streaming services have pushed the adoption by bringing it in front and center of people’s homes due to its broad range of content from entertainment to sports. The current generation has embraced the UHD LED TV more fully than the previous one. Its ecosystem is becoming ever richer and wider with plenty of films, TV, and sports to whet your appetite for entertainment.

4K is known as Ultra HD (UHD) and 2160p. The resolution of the 4K is about 3840 x 2160 pixels which is four times as much as a Full HD TV. It means that it has a higher density, producing a clearer, better-defined picture, with more detail and texture.

Its high resolution provides a better definition and clarity. It’s effective due to its large screen. Ideally, you may settle for a 55-inch set or above. You can also get 4K TVs down to 40-inches, which allows for sitting even closer to the screen.

When you choose any screen, your main purpose is the variety in content as UHD LED TV has options for Netflix, Amazon Video, and Disney plus. Netflix’s original content comes wrapped in 4K Dolby Vision and much of the new content from Amazon and Disney, especially their big original series and films. Apple’s streaming library is in 4K with a few exceptions that are also available for the lovers.

The UHD TV also has a sports ultra-HD channel that shows Premier League and Champions League football, but you’ll need a 4K TV package to view the content.

The Sky Q/Glass service in this TV where you can watch the broadcaster’s growing catalog of films, TV shows, and sports in 4K with their Ultra HD package.

This feature provides you with improved contrast between the brightest and darkest parts of the image.

Dolby Vision and HDR10+ are more advanced forms of HDR, using metadata within the HDR signal that tweaks the picture about the characteristics of the display.

There are multiple versions of HDMI available in the market due to advancements in digital connections but the HDMI 2.1 is the most recent.

The HDMI in this LED TV has carried an increase in data bandwidth, enabling playback of 4K feeds with full-color sampling at the frame. The dynamic HDR formats such as Dolby Vision and HDR10+ are among the ones that contain more and more things.

Should you buy a UHD LED TV?

Yes, you must buy the UHD 4k LED TV because the ecosystem has matured with a wide range of content now available in the format, and prices at affordable levels for several years now. The benefits of 4K over HD are clear, with more detail, and texture. The 4K technology has allowed for such technologies as HDR and WCG to come to the fore for producing more lifelike, colorful, and realistic images. 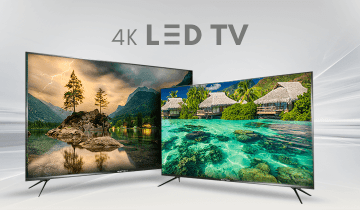 The Power of 4K LED TVs 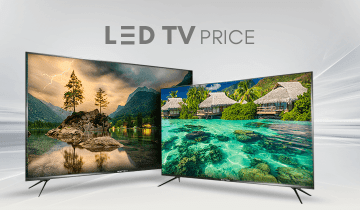 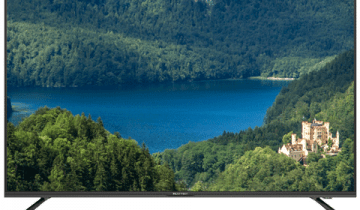