WHAT IS A 4K ANDROID TV

You want to know what a 4K TV is? Well don’t worry it is quite simple, 4K refers to the resolution of the picture received from the respective television. It gives a higher resolution than 720p and 1080p, providing an almost lifelike visual resolution on your television screens. These resolution televisions are also considered as one of the Best TV sets. However, MULTYNET takes it a step further by providing that visual quality along with a system that is certified by Android, making it one of the best TVs. The resulting picture has so much detail packed into it that every single thing on screen will appear as it is there in the room with you. This type of quality will elevate your match, videogaming and movie nights experience resulting in them being more immersive than ever. All of these will result in you labelling the respective Android TV as the best.

TAKING GAMING TO THE NEXT LEVEL

MULTYNET Android TV can also be considered as one of the best TVs in reference to videogames as it improves your gaming session by showing you the max quality of the game’s graphics. You will not be hindered by pixilation and lower quality making you miss something important and be able to see every iota of detail present within the game. This will result in one of the most immersive experiences playing a game. No more raging at the controller and the console but instead you get a visual adventure trough the TV screen. This is another reason why MULTYNET is one of the best TV set manufacturers.

MOVIE NIGHTS, IMMERSIVE AS EVER

With MULTYNET’s 4k quality Android TV sets your movie nights will be cozy while also being immersive as ever, it will feel just like the cinema is brought to your home. With Dolby Audio it will also sound just like you are in the cinema. Don’t want to go to the cinema? No worries just get the MULTYNET 4k Android TV and bring the cinema to your home.

Besides the spectacular quality MULTYNET’s TV sets also have access to many applications along with entertainment applications such as YouTube and Netflix. With the smart user interface our TV sets can provide you recommendations to shows according to your interests and likes in order to avoid the time used to search for your particular shows. A quicker and smarter way to save your time and get Movie night going as soon as possible. Movie nights made much better with the best resolution TV set.

Cricket matches or any other sport matches will only get more enjoyable when you are seeing them in high-definition quality. Surround audio and immersion of the highest quality will only further increase when you are viewing your game form the best resolution an LED TV in Pakistan can provide. Watching the game as if you are there inside the system is a truly amazing experience.

When searching for 4k resolution televisions, the daunting price of the sets can be a barrier for some users. Besides this a lot of questions between users is which company’s TV is considered to be the best in comparison. If the MULTYNET 4K LED TV is looked at from a competitive pricing point of view, it can be clearly seen that the pricing of MULTYNET is cheaper than that of other companies. The same of better quality for a lower price does put MULTYNET 4K TV as a candidate to be considered for the title of being the best.

Even amongst its other quality sets, a clear trend is observed where MULTYNET sells its TV sets at a lower price than the other companies, while providing an experience just as good if not better.

WHY MULTYNET IS THE BEST ANDROID TV

You as a user will come across many different Android TVs however without doing extensive research it is quite difficult to figure out which one is the best. That is precisely why MULTYNET makes it very clear as to what it offers. Along with 4K resolution you get access to multiple applications as Multynet TV Sets are certified by Android.

Other built-in features help in optimizing your viewing time so that not a single moment is wasted. Features such as built-in Chromecast and built-in satellite receiver so that you can view channels without any static or stoppage.

It can be concluded from all the information given above that if you want an amazing night experience of visual and audio greatness then MULTYNET 4K Android TV is the way to go. The immersive experience of its high resolution and crisp audio will definitely make you say that it is indeed one of the best systems in Pakistan. 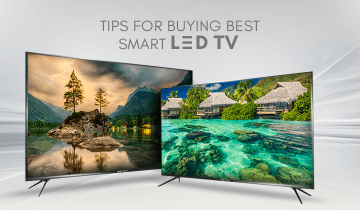 WHAT IS ANDROID TV AND HOW DOES IT WORK