Are you confused from looking at countless TV sets and now knowing which one of them is the best for you? Don’t you worry we got you covered by explaining all the advantages and features you should be looking out for when looking for a new LED Tv for your home, by the end of this blog you will have a much better idea what factors to search for and look for in order to have a concise answer to which LED TV is the Best LED TV. The most basic factors you look at when searching for a LED TV are pricing, quality, customer service of company in case of needing assistance and the number of features available on the sets.

Size of the TV is very important but it entirely depends on your own living space. Based on your room the size of the TV set and the distance you need to keep from that set for optimal viewing changes. A 4k Television would be amazing to get however if it is a small room then it will be overwhelming to you then be smooth and visually pleasing. So, whenever you as a user are searching for which TV to get and which one is the best LED TV do remember that your opinion of the best might be chosen based on the circumstances you are in.

The pricing is the most influential factor when it comes to the decision making of buying something. It also is a major feature that determines for a buyer whether a certain TV set can be considered as the best LED TV. Although one should also look towards getting a lower quality set for a lower price compared to a better one. Comparing prices between companies can greatly help in determining which set is the perfect match for you.

Quality is also a major factor in determining which Android LED TV set can be considered as the best LED TV. If you are buying a 4K television and you are paying more than another 4K television, then you have to look at the features the two TV sets provide. Nobody looks towards getting a Tv screen that provides blurry images and makes your eyes hurt when looking at them. Light Emitting Diodes need to be in abundance and of high quality in order to give you a pristine resolution. The quality of a LED TV should be to the extent that a person can say that they are indeed viewing from the best LED TV.

Crisp sounding audio is also very important for your immersive viewing experience because if the quality is top notch but the audio is not it will more so feel like you are partially deaf as you will be viewing the best possible resolution but also hear crackly and static audio. So, when you search for a new TV set also get appropriate audio for it, similar to MULTYNET’s Dolby Audio set.

In today’s world good quality is not the only thing looked towards when searching for a tv set, other factors also come into play such as the features it provides. There are may different features and the more features a TV set has the more it will be known as the best LED TV set. So, the first feature you should be keeping an eye out for is whether the LED TV set provides access to the internet, as this is the age of the internet, almost everything has something to do with the internet, so it makes sense that TV sets have access to it as well. MULTYNET’s televisions are all Android certified so besides having access to many applications across the google play store. Along with this it has access to many entertainment sites that you use nowadays for your movie and show viewings such as YouTube and Netflix.
Other features also include in-built features as users do not prefer to get separate addons from other companies but instead want to have all what they require in one system. MULTYNET excels on that front too as it not only has built-in Chromecast so you can easily cast anything from your device directly to the LED TV set, it also has a built-in satellite receiver which means no more choppy signals and breakage in your viewing as everything is received directly from the satellite, letting you enjoy your viewing experience completely and fully.

It can be quite a daunting task to search for a new TV set which is also optimal, however we can make your search easy as all of the points talked about above can be found in the LED TV Sets of MULTYNET. So, all in all MULTYNET can be considered as the best LED TV. 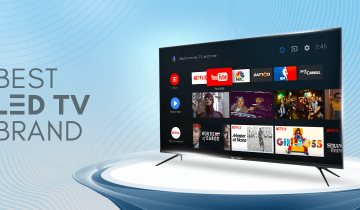 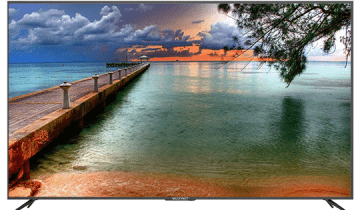 The Era of the UHD LED TV in the Market 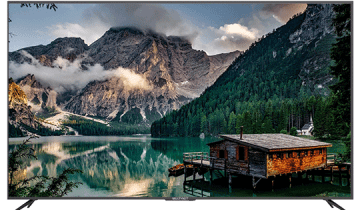